Best Bloody Gore Anime that will Haunt you in 2021 [Updated] Looking for a spine-chilling dark splatter anime with plenty of blood and violence? Here are the Best Gore Anime to Watch Without Missing Anything.

If you watch anime, only you are aware of the wonderful tales and characters that others who do not watch it are missing out on. Personally, I am an avid anime lover who has watched hundreds of anime episodes from all genres. Aside from the animation, which is also growing and improving through time, the storyline and characters are the core elements of an anime.

In recent years, “Gore Anime,” or horror-based or horrific animated violence anime series, has grown in popularity. If you’re an anime fan looking for a series featuring gory animations, dark emotions, terror, and brutality, you’ve come to the correct place. Because in this post, we will share with you a list of the 7 finest Gore Animes that contain all of the previously mentioned elements. After that, let’s have a look at the list of animes.

Another example is a well-known and spectacular gore anime series about a student. P.A. Works is the creator of this anime. To give you a quick synopsis, this thriller is about a boy named Kouichi Sakakibara who has recently transferred to his new school, Yomiyama North Middle School. In his class, Kouchi quickly develops feelings for a girl named Mei Misaki, who is shunned by the entire class due to her odd behavior.

But it is just this that draws Kouchi to Misaki in the first place. However, as the distance between Kouchi and Mei Misaki shrinks, Kouchi hears the horrifying story of a girl named Misaki’s death at Yomiyama North Middle School in 1972. The plot then unravels from here, which might be the end of his classmates’ or his own lives.

Tokyo Ghoul is an anime series made by Studio Perriot. This animated series is based on Sui Ishida’s gloomy manga series of the same name. Tokyo Ghoul tells the story of a bookworm named Ken Kaneki, who attends Kamii University. He has a crush on Rize Kamishiro, who also happens to be a ghoul (which Ken is unaware of).

Surprisingly, Ken’s life changes when his date, Rize, transforms him into a ghoul. Ghouls, for the record, are carnivorous creatures that prey on people or other ghouls. Ken transforms into “Eyepatch,” a one-eyed hybrid ghoul. The plot then shifts to Kaneki’s battle to conceal his status as a half-ghoul/half-human. You’d enjoy the plot, and as a gore anime, it depicts ghouls eating and fighting one other in terrible ways.

Deadman Wonderland is another horror-based anime series that will certainly satisfy your gore anime cravings.
The plot begins when the series’ protagonist, Ganta Igarashi, and his classmates go on a field trip to Deadman Wonderland. It is an amusement park where inmates or convicts perform stunts for the delight of tourists.

Things change abruptly, though, when a bloodied man comes in the classroom and begins murdering all of Ganta’s students except for him. Ganta is then identified as the major suspect by the police, and he must now survive Deadman Wonderland by winning the event chosen for him in order to obtain the antidote for the poison injected inside him by the jail outfit. During this process, he must also investigate why he was framed for this punishment. 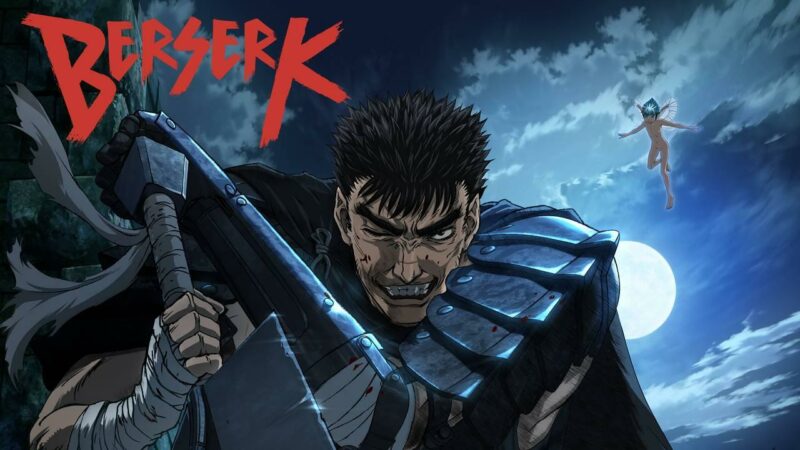 Beserk is yet another of the violent anime shows you’re looking for. The first one was released in 1997, while the most recent one was released in 2016. It is also recommended that you watch the 1997 series first, followed by the 2016 series, as the latter is a sequel to the former. The anime Berserk is violent, and the main character Guts is a mercenary. He joins forces with the “Band of the Hawk” to exact vengeance on the town’s lord.

To draw Guts, the evil king begins slaughtering people and burning down the entire town in preparation for a one-on-one fight with Guts. The plot follows Guts as he survives and eventually becomes a mercenary. The plot is fascinating as it depicts Guts’ survival mission littered with tragedies, leaving him with only a sword and immense power.

Corpse Party is an anime version of the 1996 RPG game of the same name. If you enjoy the horror genre, this anime will have you on the edge of your seat. Corpse Party takes brutality to a new level by incorporating psychological agony. The plot centers around nine pupils who gather around a fire in their classroom late at night to tell ghost stories.

These children, carried away by their emotions, then undertake a rite that transports them into another dimension, to a haunted primary school. This school is teeming with ghosts and demons looking for blood. Corpse Party is a four-episode series that follows nine students as they face their greatest dread, death.

Blood-C is the second anime series in the “Blood” franchise. However, Blood-C, like its predecessor, recounts the story of high school girl Saya Kisaragi, who bears a burden. Saya is your regular high school student by day, but by night, she transforms into a demon slayer who saves her small community from all the demons that attack it.

The approaching creatures also transport Saya into memory lane, which is loaded with flashbacks and allows her to reclaim her lost memories. A dog approaches her and asks who she vowed to protect, and when she fails to respond, the story begins. The plot is interesting and intriguing, and there is plenty of bloodsheds if you enjoy that kind of thing

Yes! Hellsing Ultimate is reminiscent of the American film Van Helsing. And, like the latter, Hellsing Ultimate contains a disproportionate number of vampires and other supernatural beings. With vampires, blood and guts are frequently splattered all over the place, and if you enjoy this genre, this anime is well worth your time.
Hellsing OVA, a secret branch of the British government’s Hellsing Organization, is essential to the plot.

This branch’s mission is to keep its residents safe from otherworldly entities. The main goal of this Hellsing OVA is to keep away and kill the state’s old nemesis, Alucard, who, in addition to all supernatural powers, also possesses two semi-automatic hand cannons. Hellsing Ultimate is a gory anime series that lasts 10 episodes.

If you have any opinions on Best Bloody Gore Anime that will Haunt you, please leave them in the comments section below.

How to Use Apple Watch Series 5

Movies with the Most Mind-Boggling Plot Twists

How To Convert PDF To Word On Mac