How to Completely Remove Dropbox from Mac? 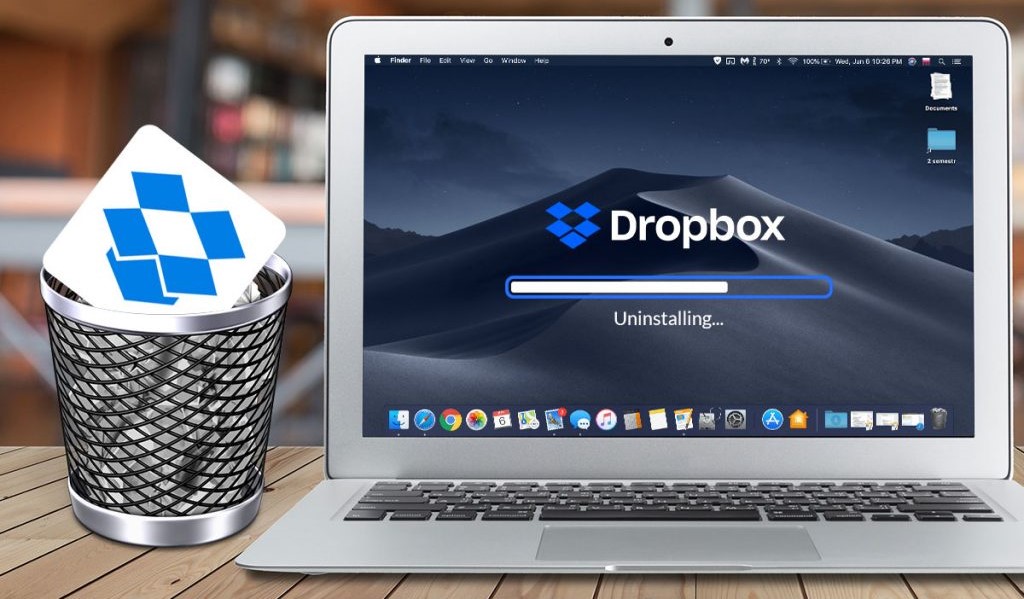 Before we start explaining the steps to uninstall Dropbox from macOS, remember deleting Dropbox apps and uninstalling Dropbox are different. Plus, removing Dropbox will not delete the account. Though, once Dropbox is removed from Mac, you can no longer sync the files present in the Dropbox folder. If you want to close your account and remove files from Dropbox, you will have to do that separately, in a web browser.

Here, let’s learn how to get rid of Dropbox on Mac.

As well, No one likes carrying extra baggage, be it clothes, electronic devices, or data saved on an external hard disk. So, Due to these, cloud storage services like Dropbox, iCloud, Google Drive have become rampant.

Though between the omnipresence of iCloud and Google Drive, Mac users no longer like Dropbox. In easy words, Dropbox is obsolete. Thus, they look for ways to uninstall Dropbox from Mac. Moreover, removing Dropbox will make room for other cloud storage services.

Therefore, in this guide, we will walk you through the steps to uninstall Dropbox on Mac.

How to Uninstall Dropbox from macOS

Note this: When you uninstall Dropbox, the Dropbox folder is not removed from Mac. So, To remove it, drag it to the Trash. However, before that, take a backup of all the files at a secure location.

How to Unlink Dropbox on your Mac? 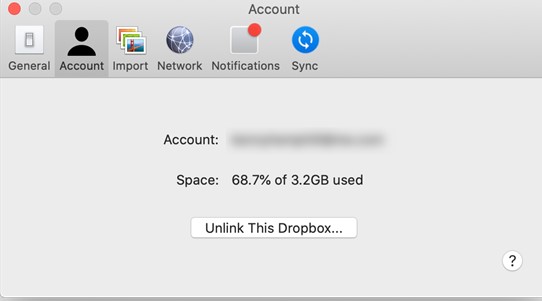 We are now moving the Dropbox app icon to Trash to delete all its contents from the Mac.

In case you want entirely to delete everything your Dropbox folder holds, drag it to the Trash.

That will delete all local files and local Dropbox folders.

Note this: If these files aren’t synced, you won’t see them at dropbox.com. Consequently, before moving the Dropbox folder to Trash, make sure you either have the backup of the files that aren’t important.

How to delete Dropbox via contextual menu

Now That’s it. You have immediately successfully deleted and unlinked Dropbox from Mac.

Additionally, to remove Dropbox application settings, follow the steps below:

That way, you get rid of Dropbox from Mac along with its settings.

Even though after following all the steps explained above, if you are still unable to uninstall Dropbox, don’t worry. Go to the next step.

What to do if you Facing a problem while Uninstalling Dropbox? 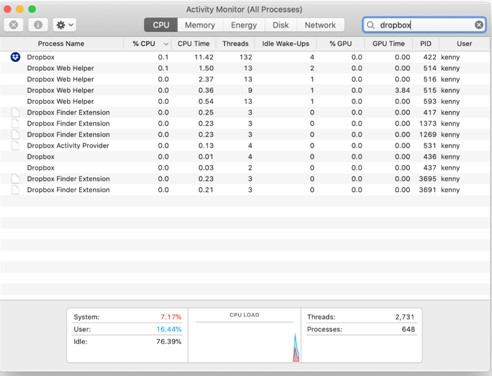 Utilizing any of the steps explained above, you can quickly get rid of Dropbox on Mac. Though you already know this and are just looking to delete all corresponding files, here you go.

Why can’t I remove Dropbox from my Mac?

Well, How do I remove Since Dropbox is a cloud service that syncs data, if you cannot delete a file or folder, it still exists on one of the connected devices? Plus, when Dropbox sees that a file is missing, it replaces it. For obliterate it & reduce the chances of it reoccurring, follow the steps below:

The Dropbox from my Mac without Deleting Files?

In case if you want to get rid of Dropbox without deleting files, follow the steps below:

What does the Unlink Dropbox on Mac Mean?

So, Unlinking Dropbox taking up space on my Mac?

Yeah. As well, Since macOS has changed the way it calculates the size, Dropbox takes up space. Here, To change it, adjust Dropbox settings so that online-only files have both logical and physical size set to zero.

Makes deleting Dropbox means once you sign out for Dropbox and delete it. Everything its corresponding files and folder should also be removed.

Are files on Dropbox free up space?

Yeah, deleting files from Dropbox will help free up space. For verify your space usage, head to the Account page. Hither, you can see a breakdown of what’s using the storage.

Why is Dropbox using so much memory?

In case if the number of files stored in your Dropbox folder is too big, you might see high memory RAM usage. Some more files in the Dropbox folder, the more memory Dropbox will use to keep track of them. Additionally, if any third-party app conflicts with Dropbox, you’ll face the High CPU usage problem. Moreover, suppose the Dropbox folder is installed on NAS drive, or there are incorrect file permissions, or the file system doesn’t support extended attributes. In all these cases, you will also face high memory usage.

How To Fix Hard Disk Issues With Disk Utility On Mac

Want To Update Microsoft Office Apps On Windows and Mac?