How to Overclocking RAM 2021 Full Guide 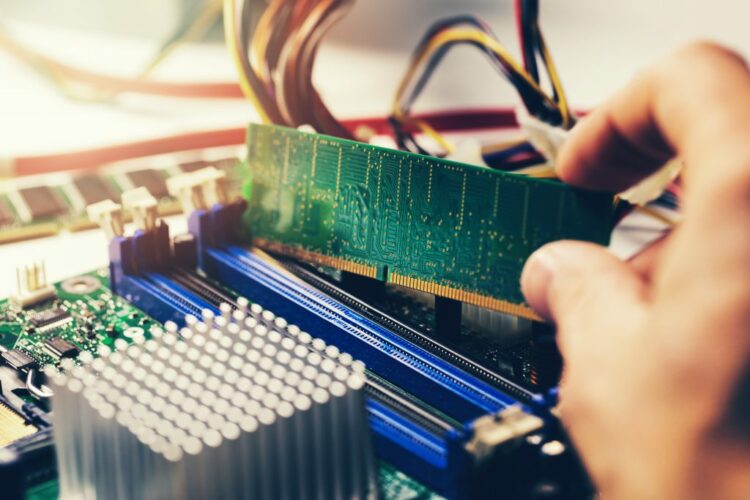 Overclocking RAM is a technique used for many PC components because it helps to enhance the performance of the component, allowing it to operate better than it does at its usual factory settings. While the phrase “overclocking” merely refers to boosting clock speed, there are a few other elements that must be considered in order for it to operate properly.

Before making any modifications, you should investigate how much ram overclock you actually require. This guide, on the other hand, is about overclocking RAM. Continue reading to find out how to overclock RAM for maximum performance.

Why Should You Overclock RAM?

Overclocking RAM has some advantages, which is why it is usually suggested.

As previously stated, overclocking ram is determined by factors other than clock speed. Other considerations include base clock speed, memory timings, and latency.

How to Overclocking RAM


As you are surely aware, there are a variety of RAMs on the market right now. Whether you want to learn how to overclock DDR3 RAM or DDR4 RAM, or whether you’re using AMD’s Ryzen or an Intel Core processor, the overall method is the same. So, before we go into specifics, let’s have a look at it.

The most crucial step occurs before you begin overclocking. Before you do anything, you should ensure that your memory is steady. Run a test for roughly five minutes using software such as Memtest86+. This type of program is also handy for monitoring stability after you’ve finished overclocking.

Making Use of the BIOS

There are a few options for overclocking RAM in the BIOS. You can combine all of them in whichever proportion works best for you.

The DRAM frequency that your memory is currently configured on can be found in the BIOS. DDR3 RAM, for example, typically operates at 1,333 MHz. The BIOS should have a volting or overclocking options screen, from which you should be able to increase the DRAM frequency. At regular intervals, reboot the PC and check for stability before raising it further.

You can run a memory bandwidth test in addition to Memtest86+ to assess how big of a change you’ve made.
Keep in mind that you can only raise DRAM frequency in pieces up to a specific limit. Normally, you won’t be able to exceed 2,133 MHz.

BCLK is an abbreviation for Base Clock Speed. Keep in mind that when you alter your BCLK, you are overclocking not only your RAM but also your CPU. This option allows you to make significantly smaller increments (as little as 0.5) than the previous one.

You may raise BCLK in the same BIOS menu that you used for the last several selections. You can overclock RAM up to the current BCLK used to overclock your CPU, or you can overclock to your system’s maximum BCLK.

The latter option is recommended if your RAM is currently running at a lower speed than the maximum BCLK, if you’re using a fixed processor multiplier (which disables turbo boost), or if you haven’t tried lowering your CPU multiplier to obtain an overclock at the highest feasible BCLK.

The final option in the BIOS settings is to minimize CAS Latency. The time elapsed between the CPU seeking information and the RAM supplying it is referred to as CAS Latency. Lowering CAS Latency in the BIOS DRAM Timings screen results in a faster response time and hence a more efficient memory.

While the BIOS usually suffices for most users, you can still utilize some additional software if that is what works best for you. External software can be used to overclock RAM in the same way that Memtest86+ is used for stress testing.

CPU-Z is one of the most popular.

This is a free overclocking tool that includes a memory tab for adjusting DRAM frequency and timings, as well as an SPD tab for inspecting the timing tables and XMP settings used by your BIOS.

Intel’s preset overclocking settings are known as XMP or Extreme Memory Profiles. These can be enabled with a tool or by updating the motherboard’s firmware. When enabled, XMP can automatically determine the best DRAM voltage and latency.

True, there will be some minor differences in how different RAMs perform how to overclock memory , as well as how much you need to overclock in the first place. Ryzen CPUs, for example, maybe more sensitive to changes in memory clock speeds than Intel processors. However, following the procedures outlined above should be enough in most cases, regardless of whether you want to learn how to overclock DDR4 RAM for Ryzen or Intel processors.

Overclocking, you may have heard, will destroy your system memory or corrupt your hard drive. However, this is a misconception. Overclocking your RAM will have significantly more benefits than drawbacks. Everything will be alright if you do it correctly and stress test before and after each change.

Keep in mind that speed should always come first, followed by steadiness. High clock speeds are meaningless if your memory isn’t working properly. Overall, you should absolutely experiment with overclocking before merely purchasing new RAM.

Top 30 Myp2p Alternatives You Can Use To Watch Sports