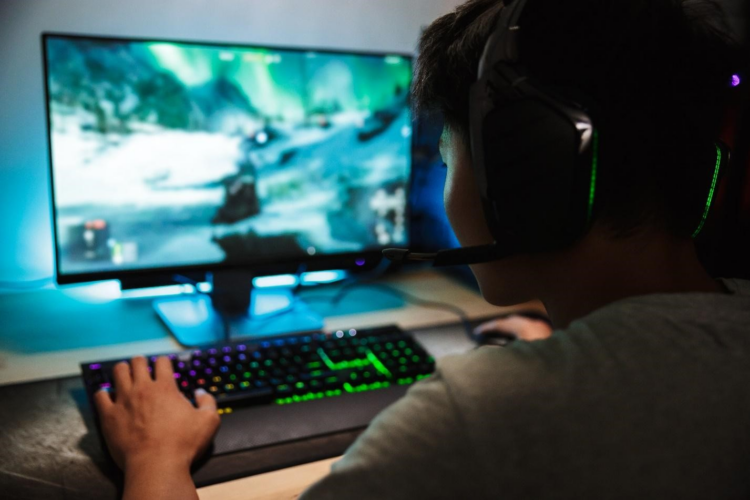 Gamers are fully aware of the term MOBA, what does moba stand for ‘Multiplayer Online Battle Arena.’ MOBA builds up a massive gaming population initially generated from real-time strategy games. Blizzard’s role is vast in the story of MOBA games and their popularity.

Their iconic releases of StarCraft and WarCraft (specifically WarCraft III) Pokemon moba set the setting for a more interactive experience and user-friendly content.


Today we will talk about the best MOBA games; let’s figure out this list. Smite, released in 2014, is still going strong in 2022. And Smite is a third-person combat game developed by Hi-Rez Studios that allows players to take on the character of a god or goddess in a third-person perspective before fighting with other players. I was surprised to realize how high the stakes were in this game, which now has a million-dollar esports pool. Perhaps there’s some truth to it.

Conquest mode, in which two teams of five players battle it out in the arena, is the game’s main attraction. Before the round begins, players are given resources to purchase weapons and other upgrades (similar to Counter-Strike), and both sides start the match at their own ‘fountains,’ or home bases. The objective is to eliminate the opposing teams, ‘Phoenix’ and ‘Titan.’

2. Heroes of the Storm With Heroes of the Storm in 2015, Blizzard made its debut appearance on the list. It was made available on both Microsoft Windows and Apple’s Macintosh platforms. Blizzard avoids calling Heroes of the Storm a MOBA, preferring to refer to it as a “hero brawler,” and they’re not wrong: The roster of Heroes of the Storm features all your favorite Blizzard characters. It’s a virtual who’s who of video game characters. There are 85 characters total, including Tracer, Genji, Gul’Dan, Leoric, and others. The Butcher from the first Diablo is my particular favorite. When I was younger, I was terrified of him, but now I can use his wicked power to defeat my foes—I’d say that’s relatively decent character growth. Riot Games released League of Legends, sometimes known as LoL or League, for Windows and Mac in 2009. It was directly inspired by the game Defense of the Ancients or DotA. League has a characteristic that I like: every game takes place in its match, which means that everyone starts on the same level, leaving it up to the player to progress and gain better skills and goods.

I prefer League of Legends to other MOBAs because it has a fully detailed narrative and an original fantasy universe built around the various champions. The game’s purpose is to destroy the enemy team’s nexus, and you’ll have to battle your way through a diverse cast of characters, ranging from Eldritch horror to steampunk. Dota 2, the sequel to the MOBA pioneer, was published in 2013 on PC, Linux, and OS X. This isn’t just a spruce-up of an existing engine; it’s a significant update based on the Source 2 engine. Players control their ‘hero,’ or player character, and compete against other players, usually in two teams of five, as is typical of MOBAs.

During the match, your goal is to defeat the other players while collecting loot, as in similar games. Dota 2 has been hailed as one of the best MOBAs and games of all time and is not to be overlooked. I can see why because the gameplay is exceptionally gratifying and addictive. S2 Games developed Strife, a gaming studio based in California, and released it in 2015 on Linux and Windows. Strife and S2 Games’ goal to eliminate toxicity in the gaming community, which I believe can become oppressive and aggressive, immediately drew my interest.

They streamlined Heroes of Newerth into Strife to cater to more casual MOBA gamers. Strife sets two teams of players against one another with the primary purpose of destroying the rival team’s structure. The building, dubbed ‘the Crux,’ is reminiscent of League of Legends’ Nexus. Vainglory bills itself as the “no compromise cross-platform MOBA,” ranking top among the finest MOBAs on mobile devices. And Vainglory was first released for iOS and Android devices in 2014 and 2015 and is currently in Alpha for Windows and Mac.

Super Evil Megacorp is the publisher of this book. Vainglory was first shown during Apple’s iPhone 6 unveiling to demonstrate the hardware, software, and graphical capabilities of the (then) new handset. The player’s ultimate goal is to control the path between their base and that of their opponent.

They can go off the beaten route to collect resources and aid their team’s success by evading or fighting AI turrets and other enemies. This is a cross-platform title, meaning players from all three release platforms can play in the exact match. WangzheRongyao, Arena of Valor, a Taiwanese adaption of the Chinese variation MOBA, was published in 2016. It was subsequently gradually published on mobile devices in various regions worldwide, culminating in a global release for the Nintendo Switch in September of 2018.

Tencent Games published Arena of Valor, which I had no idea was the world’s largest video game firm. They are based in China and specialize in online games, particularly PlayerUnknown’s Battlegrounds for mobile.

Tencent Games came up with the idea for Arena of Valor after approaching Riot Games, the creators of League of Legends, and asking whether they could turn it into a mobile game. League’s producers remained unconcerned, stating that it would only be available on non-mobile devices, as doing so would compromise the game’s playability and graphics.

8. Defense of the Ancients

The original Dota, perhaps one of the best MOBAs, set the way for all the others on the list. It began as a mod for Warcraft III: Reign of Chaos and its expansion, Warcraft III: The Frozen Throne, in which you must work together to demolish the opposing team’s ‘Ancient,’ or structure, on their section of the map. This game exemplifies why I appreciate it when game designers allow players access to world editors.

Because Blizzard’s WarCfrat III World Editor enabled such inventions, a whole genre and online fad arose. Designers Eul, Steve Feak, and IceFrog released Dota in 2003. The Sentinel and the Scourge are two teams competing for control of the map and the destruction of the opposing team’s Ancient. Bang Bang: As the name suggests, Mobile Legends: Bang Bang was published only for Android devices in 2016. It was also adapted to iOS devices later that year. Moonton created Mobile Legends, which were only available in China, Indonesia, and Malaysia.

Sure, it has all the hallmarks of the best MOBA games like Dota and Dota 2, but it was the first MOBA to offer a Battle Royale mode, which is currently sweeping the gaming globe.

Moonton got into controversy when Riot Games (the creators of League of Legends) alleged that Moonton not only used a logo that looked suspiciously similar to League’s but also stole map assets from Riot Games. Moonton lost the lawsuit and was fined $2.9 million for the violations. Battlerite was launched in the Fall of 2017 for Microsoft Windows by Stunlock Studios. There’s a new port coming out in 2018, but it’s still a secret. Players are introduced to their brand of heroes—Champions—in Battlerite. Offense, defense, and movement abilities are divided into three categories for champions.

Because many of the MOBA components that gamers are used to are absent in Battlerite, the matches are far shorter than you’re used to. The objectives of demolishing the enemy team’s building and destroying AI-controlled characters for resources are no longer in play. Stunlock wanted to focus on action-packed gameplay, and they’ve done an excellent job. Heroes of Newerth, S2 Game’s first MOBA, was released in 2010. Strife was an offspring of this title, as I said before in the list, with a need for more streamlined access for more casual users. When S2 devoted all of their time and energy to producing Strife, one of the top MOBAs, Heroes of Newerth, was entrusted to Frostburn Studios.

The two teams are divided into ‘Legion’ and ‘Hellbourne,’ and their fundamental structure is dependent on their team affiliation, specifically the World Tree or the Sacrificial Shrine, respectively, in Heroes of Newerth. You’ll need the right combination of talents to batter your opponent and force them to submit. Awesomenauts was developed by Ronimo Games and released in 2012 on Xbox 360 and PlayStation 3, as well as Linux, OS X, and Windows. A newer version for the current console generation was released in 2016. The fact that it is available on all platforms is a plus. It’s a 2D platformer with the Awesomenauts as the protagonists.

Even the best MOBAs are made more entertaining and intense because Awesomenauts is widely varied in terms of skill. Most games are 3v3 matches in which the opponent team’s Solar Collector is the target to destroy. The fact that the maps are spiced up is something I admire about the game’s design. Demigod is a game created by Gas Powered Games and published by Stardock that was released in 2009 for Windows. The game’s title, like Awesomenauts and Heroes of Newerth, is derived from the names of the player characters in the game—Demigods battling each other.

The Demigods are divided into two groups: the Assassins and the Generals. In terms of playability, these two categories are radically different. The Assassins are best suited for players who want to defeat their opponents in brute combat outright, but the Generals have a more subtle strategy and support. Monday Night Combat was released on PC and Xbox 360 in 2011 by Uber Entertainment and Microsoft Game Studios. Also, Monday Night Combat is a third-person team shooter presented in a hilarious ‘Monday Night Football’ satire of the future. The primary purpose is to destroy the Moneyball of the other team within the arena.

The teams are made up of clone troops fighting in the arena. This game blurs the borders of what it is positively. It draws extensively on RTS games, tower defense games, and MOBAs, resulting in a well-balanced mix of genres. The game’s usual mode of play, ‘Crossfire,’ involves teams of six players. Each clone soldier has a distinct appearance and set of stats. Realm of the Titans was released on Microsoft Windows in China in 2010 and North America in 2011. Ningbo ShengguangTianyi, a Shanghai-based studio, created it. The developers had gone to Australia to study and had become huge fans of the best MOBAs available, fueling their desire to create their games.

The MOBA Games has 168 characters, each with its own set of five skills. The game’s playability and replayability are also rising as the developer continues to release more characters to play. Four bosses lurk in the corners of the game maps, a remarkable aspect featured in this MOBA Games. These bosses can be killed, causing the other bosses to transform into the ‘creep’ AI.

What is Tor Browser and How To Use It ?