by sam
in Lifestyle
0 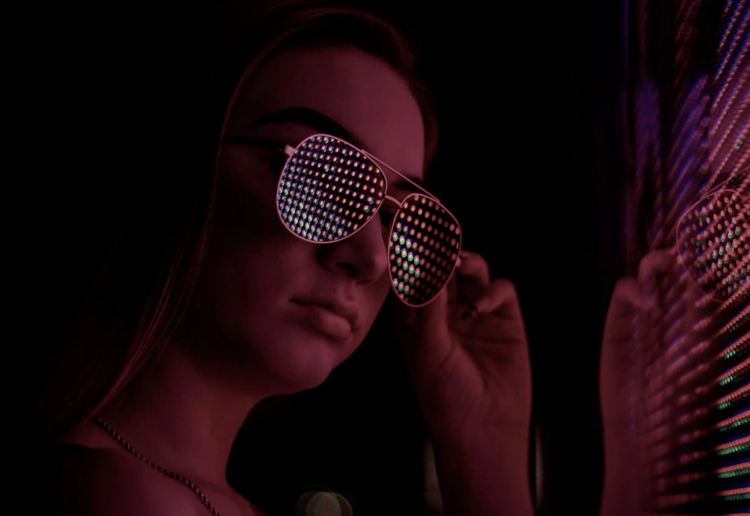 Phones, watches, and TVs may now be made intelligent. Therefore, it is not surprising that more and more smart glasses are being sold each year. We may not yet have flying automobiles, but we can live out our cyborg fantasies with high-tech glasses that snap photos and videos, allow us to communicate with our digital assistants without using our hands, and more! Although most smart glasses fall short of the vision set forward by Google Glass over a decade ago — repackaging functionality from our phones and earphones in a new form — they can nevertheless be a fun tech toy for early adopters or a life-changing accessibility device. The expectations of what “smart glasses” can and should do have not yet fully crystallized. Hence their capabilities and prices vary greatly. We’re here to assist you in navigating the market to get the best smart glasses for your specific demands and budget.

How we choose the most exemplary set of smart glasses

As the smart glasses market is constantly evolving, it is difficult to determine which glasses are universal “the best.” To evaluate glasses with augmented reality capabilities demands a different methodology than evaluating glasses that play music and take photos. To provide a comprehensive overview, we have categorized our choices according to their strengths, whether you wish to listen to music, capture video, post to social media, etc. We looked for smart glasses that were well-received by both consumers and professionals and, whenever possible, were produced by companies with a track record of creating durable and comparably advanced consumer technology.

Currently, most smart glasses include regular eyeglass or sunglass lenses with some mix of cameras, microphones, and speakers incorporated into the frames, unloading the essential smartphone functionality into a wearable device that can be operated without reaching into your pocket. And they connect to your phone via Bluetooth, precisely like an Apple Watch or other similar devices. You could think of them as a more casual alternative to a pair of wireless headphones; they play music and allow you to take phone calls but do not filter out ambient noise.

The more advanced versions of smart glasses, which allow augmented reality, exist technically, but they are exceptionally niche goods with limited usefulness. The speakers and cameras will likely provide more entertainment unless you are an AR developer smart glasses 2021.

Except for the inexpensive option with attached earphones, the majority of our current recommendations for audio playback employ “open-ear audio.” Instead of covering or inserting something into the ear, these glasses contain tiny speakers built into the frames that aim toward the ear, playing loud music while allowing the wearer to remain aware of their surroundings.

Some smart glasses eschew speakers entirely in favour of bone-conduction technology, which delivers audio by direct vibrations on the facial bones instead of sound waves through the air. With the proviso that some of their sounds will leak to your surroundings, directional speakers are currently more popular because they produce a more unmistakable sound. Compared to air-conduction, bone-conduction noises are slightly less clear but exceedingly unobtrusive. However, it would be best if you did not expect high audio quality in either scenario. Glasses focus on ease of use and comfort, not sound quality.

The battery life of your smart glasses indicates how long they can perform their function. Consider how long you want to be able to take pictures and make calls without having to charge your glasses. Similarly, the majority of smart glasses have limited internal storage. You will need to wirelessly transfer your images and videos from your glasses to your phone frequently to maintain the storage space on your glasses, clear and edit, caption, and post the content you capture.

Since smart glasses incorporate delicate electronics within their frames, they are typically tested for water and dust resistance. The International Electrotechnical Commission, or IEC, maintains a standard known as an IP rating, which is short for “Ingress Protection.” The water/dust resistance rating consists of two integers, which appear as “IPXX” on a specification sheet as part of an IP rating. The first X is a score between 0 and 6 that indicates how well it keeps out solids, such as dust, sand, etc. The second rating, between 0 and 9, reflects how well the material repels liquids. An X in each box indicates that the product was not tested for the respective resistance.

Each pair of eyewear on our list has a maximum rating of four for protection against physical objects larger than one millimetre and splashing liquids, but not submersion. There are exceptions, though; for instance, the Snapchat Spectacles 2 included IPX7 protection, allowing shallow immersion to snap underwater photos, but that capability was removed from the subsequent model.

If this is your first journey into the smart glasses market, you may have unrealistic expectations regarding the present status of augmented reality (AR). AR glasses are too new, complex, and costly for widespread consumer adoption. The Microsoft HoloLens 2 and similar devices are built for research and industrial purposes, not for superimposing Google Maps directions on the street in front of you. We’ve included the Vuzix Blade, apple glasses  on our list because it strikes the best balance between feature and price for the most enthusiastic early adopters. For the rest of us, accurate AR is not yet a priority.

Many individuals require their smart glasses to provide vision correction in addition to their onboard audiovisual system. Some manufacturers give the option to purchase prescription eye glasses online in advance. Others need you to locate and get your third-party lenses (which we will note below). Be prepared to pay substantially more for a pair of glasses with a prescription, regardless of the circumstance. Since the 1960s, Bose has been a leader in the American audio business. The smart Frames Bose glasses live up to this tradition with the highest-quality speakers and microphone array possible in a pair of sunglasses. Bose produces mens glasses three second-generation varieties of the Frames with differing aesthetics and specifications: Tenor, Soprano, and Tempo. We choose the athletic-style Tempo above the other two since it has the best speakers, the most extended battery life, and charges with a standard USB-C cable instead of a proprietary one. However, the other models are comparable to the Tempo in terms of overall quality, so you shouldn’t be scared to choose the pair that shot glasses best suits your personality.

Smart glasses have limited room for accommodating numerous types of functionality. The more functions a product can perform, the more concessions makers must make. However, iVue’s Vista HD Camera Glasses go all-in on video recording, offering customizable recording settings ranging from 4K at 24 to 720p at 120 frames per second with a 70-degree field of vision for up to one hour. As a specific tool for recording, for example, your extreme sports escapades, it surpasses the competitors.

The Vista HD lacks a companion app. Therefore you must connect the glasses to a computer through USB and edit a text file to alter the settings. If you’re willing to navigate some less-than-intuitive tools, the Vista HD shoots superior photographs to the vast majority of camera-equipped glasses on the market. Amazon‘s second-generation smart Frames Echo glasses serve primarily as a conduit for Alexa, the company’s digital assistant. Whereas most of the 3d glasses on our list were built as sunglasses for outdoor use, the Echo frames are available in various everyday alternatives to update your everyday glasses with the ability to interact with Alexa and any smart home devices it controls over your home network. It has excellent, intelligent features, such as automatic volume adjustment based on ambient noise and a VIP list gaming glasses filter that only allows notifications from a select list of individuals to ring in your ear. The battery life degrades if you listen to music or podcasts for too long, indicating that these are designed primarily as an Alexa platform. Facebook/Meta is a prominent stakeholder in the tech vertical for ray ban smart glasses, whether they take images or deliver the “metaverse.” For its initial step into Facebook ray ban smart glasses, the company collaborated with Ray-Ban to develop a pair of fashionable sunglasses that consumers will want to wear. The Ray-Ban Stories are available with prescription lenses in various designs, including the legendary Wayfarers. The photo/video camera’s controls are intuitive on the frames and when voice commands are utilized rayban smart glasses. The primary disadvantage is that you must have a Facebook account to use them, even though you do not have to route photos through Facebook or Instagram. Our facebook smart glasses comprehensive study states that this relationship may leave some individuals conflicted. Nonetheless, these are durable, stylish sunglasses with audio and camera capability. The TechKen Sunglasses are the least intelligent pair of sunglasses on our list. They consist of Bluetooth headphones and a microphone integrated inside a pair of sports sunglasses, with no other clever features. However, they cost $16 compared to $100-$300 for options from major manufacturers. These can be a terrific way to listen to music or podcasts and make hands-free calls while engaging in outdoor activities without worrying about losing an expensive wireless earpiece smart glasses with blue light glasses display.

Vuzix smart glasses the Vuzix Blade Upgraded is an authentic pair of glasses. They are full augmented reality smart glasses for consumers that cost $1,000 rather than tens of thousands. The color screen projected onto the glasses allows you to read texts and emails and stream Netflix through your glasses. As augmented reality (AR) headsets are now designed primarily for corporations rather than consumers, their functionality is quite limited. There are not yet many applications reading glasses to warrant the high price of this fragile hardware. Unless you are highly interested in the technology and need to see it yourself. If this describes you, go wild. The future has arrived!

What purpose do smart glasses serve?

Smart glasses gucci glasses often connect to a smartphone through Bluetooth. Functioning as a headset with built-in speakers and a microphone. For making and receiving phone calls and employing a digital assistant. Some also include built-in cameras that allow you to record images and videos razer smart glasses. There are also a tiny number of AR-enabled sunglasses. That superimposes images into your range of vision. But they are the exception.

What is the cost of smart glasses?

The variety of what people refer to as glasses remains vast. Currently, our price list runs from approximately $16 to $1,000. On average, apple smart glasses with speakers and a camera cost between $150 and $300 smart glasses 2022.

What is the lifespan of smart glasses’ batteries?

Additionally, battery life varies significantly between smart glasses. Even within a given pair, the frequency of use might cause significant variation. Most smart glasses allow americas best glasses for at least an hour of active use and, ideally, many hours. In general, you should anticipate filming a video with a pair of smart glasses. They would deplete their battery faster than listening to audio.

Conclusions regarding the best smart glasses

Best Smart glasses are still a relatively new technology, making it a fascinating time to invest in them. Each successive iteration has the potential to introduce significant functional enhancements. Whether you’re interested in the eye glasses post human future of technology improvement. Or want to listen to music more conveniently on the go. There’s undoubtedly a pair of smart glasses for you, or there will be soon google smart glasses.