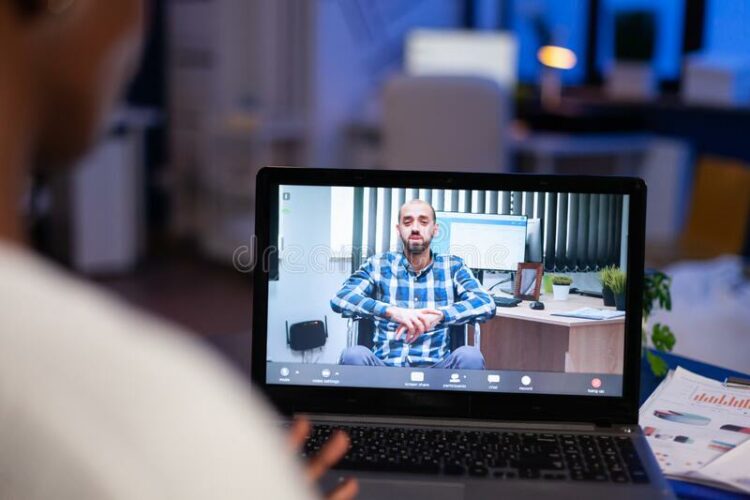 If you want to be the next Twitch or YouTube superstar, you’ll need the greatest webcam software available, as well as cutting-edge streaming software, if you want your viewers to be able to see your gorgeous face as you score an incredible victory in Fortnite or whatever game is popular right now. By the way, if you want the entire world to witness how you own n00bs on the interwebz, make sure you’re using the best game recording software available. But if you’re a regular reader of our website, you’ll know that we’ve previously addressed such concerns in prior pieces.

Now, let’s look at the webcam software we mentioned in the introduction: most internet users simply connect their webcam to their PC or laptop and begin utilizing Windows’ default software/drivers for video chatting on Google Hangouts, Skype, or whatever internet chat is popular at the time. But here’s the deal: even if Windows’ software is perfectly suitable for a fast Skype chat, if you want to get the most out of your pricey equipment, you must take the red pill, i.e. understand that there are many more apps for Windows that will undoubtedly outperform Bill Gates’ greatest.

The majority of the software presented below is fully free or at least has “freebies”/free versions available, however, some of them also offer premium editions for professional users. Basically, we’ve covered all of the basics, so keep reading because you’re in for a genuine treat.

Let’s start with Logitech Capture, not because we’re fans of the iconic brand, but because Logitech is the granddaddy of computer accessories, and its webcams can be found in every corner of the known universe.
Logitech Capture, as the name implies, is intended to make webcam-related content quick, straightforward, and intuitive. Keep in mind that Logitech Capture only works with Logitech webcams, and you’ll be ready to start recording high-quality video content as soon as you download and install the.exe file.

The free webcam software will allow you to configure your webcam settings, as well as tailor your recording and, why not, capture vertical video in 16:9 format, all from an easy-to-use user interface. Since we’re talking about “current year” software from Logitech, Capture allows you to record from two webcams at the same time, as well as act as a virtual video camera, allowing you to stream your footage directly to YouTube. The good news is that Logitech Capture does not require a complicated encoder for live-streaming on YouTube, and it is completely free.

Following that is Cyberlink’s YouCam, which is currently in its 9 Deluxe iteration. To begin, YouCam is a professional-level webcam software for Windows (yep, it only works on Windows 7 to 10), and it’s specifically created for enthusiast live-streamers, whether they’re home or business users. And, yes, there are two versions of the software to pick from: a free download with limited functionality and a full bundle with everything.

Now, if you want to use a “skeleton key” to seamlessly integrate all of your video call services with YouCam, i.e. to turn your video camera into a live studio and be able to stream content on YouTube, Facebook, Skype, Twitch, or Zoom & U Meeting using just one piece of software, YouCam 9 is for you. The free webcam software allows you to apply real-time makeup and skin enhancements to help you look your best, and it includes over 200 augmented reality effects, as well as customizable photos and titles.

It’s also worth noting that YouCam 9 is fully compatible with the majority of broadcasting, video recording, and live streaming services, such as XSplit, OBS Studio, and Wirecast, as well as CyberLink U Meeting and Google Hangouts for “enterprise users.” What’s so cool about this program is that it allows you to “cheat reality” with its Live Makeup function, which employs AR technology to apply “virtual makeup” on your face (if you like) that looks incredibly natural in real-time. YouCam also has Live Skin Smoothing, which minimizes wrinkles and blemishes on your face, as well as True Theater technology, which automatically adjusts sharpness and lighting.

We know that Windows Camera is the official camera program for Windows 10, but that doesn’t mean it’s bad.
The idea is that if all you have in this digital world is a generic video camera and your expectations aren’t too high, the Windows Camera program will work for basic video streaming purposes like Facebook Live or Skype calling (also owned by Microsoft by the way). So here’s what it’s for and why you should use it:

First and foremost, because it comes “by default” with Windows 10, the Windows Camera app is completely free of charge, with no installation procedure required, making it the ideal tool for total newbies. Aside from that, the app is minimalistically built an absurdly simple to use, with everything being a plug-and-play job.

Windows Camera makes it easy to shoot photos and record movies with your webcam; additionally, if you use the Photos app, which is also free in Windows 10, you can edit/crop/add filters to your snapshots. That’s all there is to it; if you want something more complicated/feature-rich, start with the basics and work your way up.

We’ve all heard the expression “free things is the best stuff,” and here we have Debut Video Capture and Screen Recorder Software, which reminds us why we have proverbs. The main “selling point” (pun intended) of Debut Video Capture is that it is completely free, yet it does an excellent job as a screen recorder and much more.
We understand that there is a plethora of free webcam software available, but many (if not the majority) of them are hampered by watermarks, restrictions, limited export options, bloatware, and other such annoyances.

This is not the case with Debut Video Capture, which is completely free for home usage and includes all of the capabilities needed for recording footage from your webcam or screen, as well as other connected gear such as security cameras. All of these features are often reserved for premium (as in paid) software, which is why Debut Video Capture stands apart. The only thing to keep in mind is that DVC is not intended to record games, but everything else is “fair game” and, most significantly, incredibly customizable. Oh, and almost forgot: this baby is compatible with both Windows and Mac OS PCs.

Following that is ManyCam, which many consider being the best option for professional video streamers. ManyCam’s tagline is “live video made better,” which translates into webcam software specifically built for use in video conferences, live streams, and online seminars, with an emphasis on dependability, stability, and, most importantly, ease of use.

ManyCam allows you to utilize numerous programs at the same time, such as MSN, Skype, and Ustream, in addition to adding stunning effects and graphics to your images and videos. ManyCam supports video capture from numerous virtual/real cameras (video chat/video streaming apps), as well as comprehensive customization for broadcasting and live streaming. The free webcam software is also cross-platform compatible, meaning it works equally well on Mac, Windows, Android, and iOS.

ManyCam has a ton of fun features, such as face masks, transitions, backdrops, and emoticons, which allow you to stream or record “artsy” videos, as well as a Picture in Picture (PiP) mode, full YouTube integration, and green screen. The free webcam software allows you to record video in 240p, 480p, HD, Full HD, and other resolutions, with frame rates ranging from 5 to 50 frames per second in all major formats (MKV, MP4, FLV etc.).

But the nicest thing about ManyCam is that it is available in two flavors: freeware and paid (the PRO version).
Even the free version lets you to live-stream on YouTube and Facebook, two of the world’s most popular platforms, and the company boasts over 80 million users from all over the world as proof of its product excellence.

If you don’t want to download third-party webcam software, or if you just want to take a fast selfie, Webcam Toy is the solution. Essentially, Webcam Toy is the greatest answer for “on the go” internet fiends wishing to add some amazing distortion effects and filters to their selfies (the misery of the contemporary world, according to boomers), or to take a quick picture without requiring dedicated software. Webcam Toy’s key “selling point” is its simplicity and convenience of use.

And, speaking of the latter, all you have to do is head to the official website and look for the large purple box that says “Ready?” Smile!”, then click the “Use my Camera” option; that’s all there is to it, folks. There are five settings to choose from: square, mirror, flash, countdown, and full screen, and then you must select an effect from the side scroll buttons. That’s all; it doesn’t get any easier than this; oh, almost forgot: you can also publish your greatest selfie directly to Twitter or Facebook from the website, or download it locally in JPG format.

YawCam literally means Yet Another WebCAM software, and, self-deprecating humor aside, YawCam makes for superb webcam software, constructed and designed around the premise of being as simple to use as humanly feasible. The simple user interface compensates for YawCam’s lack of spectacular effects, although this webcam software is far from as basic as Webcam Toy.

While the latter can only be used to shoot photos and selfies, YawCam has useful video functions like text/image overlay, image to movie converter, and even a good motion detection feature that may turn a boring camera into a surveillance tool. MJPEG and JavaSCript handle video streaming, while captured images can be saved in GIF, JPG, and PNG formats.

Last but not least, we have Bandicam, which is often considered to be the best webcam software recorder for YouTube. To put it simply, Bandicam is freeware at its best (though with some limitations), with an intuitive user interface and the ability to record virtually any form of external video device, including a conventional camera, smartphone, PlayStation, Xbox, IPTV, and others, with audio included.

The recorded films may be readily uploaded to YouTube, and the software can be configured to automatically stop recording based on file size or recording duration. The saved files can be saved in a variety of formats, including AVI, MP4, and WAV, and the software supports hardware acceleration, including NVIDIA’s CUDA/NVENC, AMD’s VCE, and even Intel’s Quick Sync video, which means your videos will be recorded lightning fast with excellent quality and a high compression ratio. Essentially, you can record webcam footage on PC, as well as Playstation/Xbox gaming using a capture card and an HDMI cable, or your smartphone using an MHL cable, and even Apple TV, IPTV, or HDTV screens.