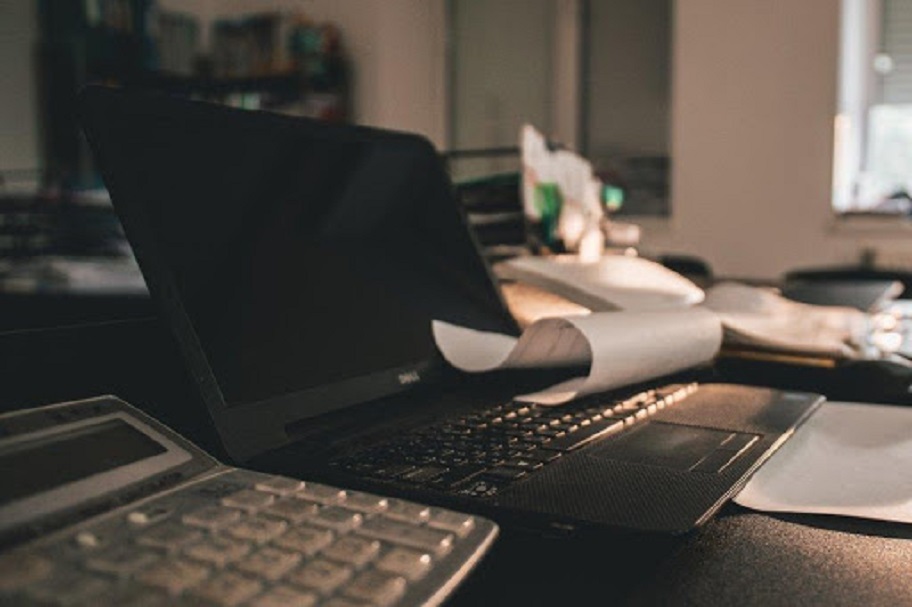 I’ve been sorting out computer and IT issues and repairing computers for several years now. The computer repairs page on my website has a fairly comprehensive list of issues you might come across on a Windows computer. Probably the most common issue people have is that their computer fails to start up.

When someone calls me and tells me that their computer won’t start up or boot into Windows I tend to ask a number of questions to determine what sort of startup failure it is. Once I have more information I’ll have a better idea about the probable cause. Some issues can be resolved readily and quickly whereas others require a little more effort. In some cases, you might be able to resolve the issue yourself, whereas in others you would require the services of a computer repair technician.

I’d like to explore some of the more common startup issues experienced with Windows computers here.

The computer won’t start up at all

You press the power button and, as far as you can see, absolutely nothing happens. No lights come on, no fans startup, and the machine seems to be completely dead. Sometimes the cause of this issue will be a failed power supply. If you have a desktop tower computer it’s straightforward to have the power supply unit replaced.

If on the other hand, you have a laptop, the first thing to check is that the battery isn’t drained.  Or it could be that the mains adapter has failed and you’re assuming the laptop is charged when in fact it’s just that the battery is dead. You could try using a universal laptop power adapter to see if you can switch the laptop on. If it still doesn’t come on then there may be an issue inside the laptop. In most types of laptops, the power circuitry is part of the motherboard and so you would require a computer repair professional to find a solution for you.

When a laptop has this particular issue, it’s always worth trying a hard reset. To do this you disconnect the computer from the mains and remove its battery. Then hold your finger on the power button for 30 seconds or so. After doing this put the battery back in, reconnect to the mains, and try switching it on again. I’ve seen this simple procedure work wonders many times. Unfortunately, it becomes much more difficult with modern laptops where the battery is internal and can’t be readily removed.

You might have an all-in-one desktop tower computer, which in some ways is like an oversized laptop, but doesn’t have a battery. First, try an alternative mains adapter and, if it still doesn’t come on, it’s likely to be an issue with the internal power circuitry.

Regardless of which type of computer you have, the issue may not be anything to do with the power supply or power circuitry at all, but it may actually be that the power-on switch just isn’t working. A computer repair technician should be able to ascertain whether this is the case by bypassing the switch and testing to see if the computer will come on.

The computer seems to start up but the screen stays black

Your computer turns on and you see some activity such as LEDs coming on and perhaps some illumination of the screen. You may also hear the fan running. In a case like this, it’s likely that some element of the hardware has failed and this will need to be resolved before the computer can start up again. For example, a failed hard drive can result in the computer failing to get beyond this point. It’s also possible that a USB device is causing the problem so the first thing to try is to unplug all the USB devices – keyboard, mouse, printer, etc. Then try switching it on again.

The positive thing about your computer beeping at startup is that it’s actually telling you about the nature of its problem. Depending on the model of your laptop or all-in-one or your desktop computer’s motherboard, you can generally find a section in the manual which will assist you in identifying the problem, depending on the pattern of the beeps. For example, check out this page from HP describing the meaning of different beep patterns for HP and Compaq desktop PCs. As an example, two short beeps and one long beep, repeated five times, means that the computer is unable to initialize video or the video card is required but not installed.

The computer gives you a warning about your fan, hard disk, or something else at a startup

This can be somewhat similar to the scenario where all you get is a black screen, although perhaps in this case you’ve seen the initial splash screen and perhaps even something beyond that. In some cases, the computer will give you a clue as to the cause of the issue, for example, that it can’t find a boot device. In cases like this, it will often be caused by a hard drive failure and a computer repair technician would be readily able to ascertain if this is indeed the case.

The computer keeps restarting before booting into Windows

Your computer may switch on and begin to start up but then switch off again after a few seconds or maybe a bit longer. This sort of behavior can have a number of possible causes but for sure some component of the hardware isn’t functioning correctly. I’ve seen this issue being caused by a failed graphics card but it could also be something else. For example, the CPU cooler may not be functioning correctly meaning that the computer is overheating and shutting down.

I once had an unusual diagnosis on a computer with this exact issue. It had been diagnosed by a previous technician as a motherboard issue and, to all intents and purposes, this did indeed appear to be the case. However, after digging deeper, I discovered that the power switch was in a somewhat jammed position. The computer would switch on but, such was the position of the power switch, that it would switch itself off again almost immediately. It turned out that one of the client’s grandchildren had been poking something into the power switch. Unfortunately, there was no way to tell that this was the issue just by looking at the computer from the outside.

Blue screen when the Computer starts up

There are a few versions of the famous blue screen of death (BSOD). The first one will tell you that ‘Your PC ran into a problem and needs to restart’ and may or may not have an upside-down smiley face. These tend to be indicative of some sort of hardware incompatibility and I’ve often found them to be the result of a driver issue. For example, your computer may have installed a driver update (or a Windows update), and can no longer startup. 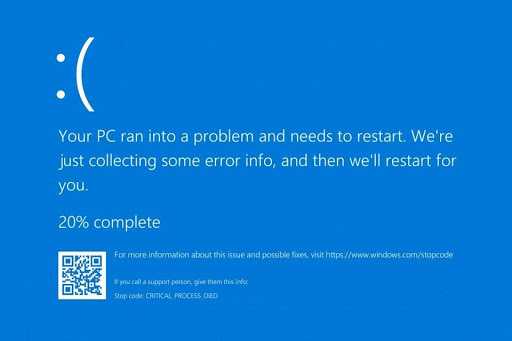 Another common blue screen error is one that displays a number of icons on the screen and asks you to choose one, for example, Continue, Troubleshoot, or Turn off your PC. 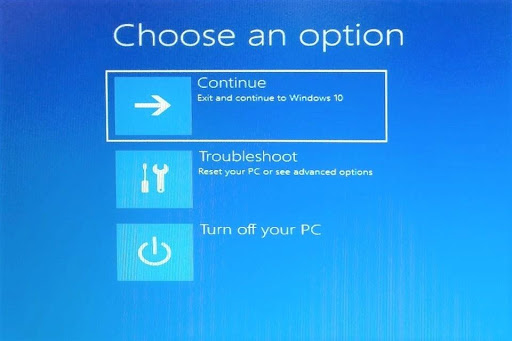 If you select the Troubleshoot option you’ll be presented with some options which you can try. For example, you may be able to perform a System Restore to take your computer back to the way it was at a certain point in time. Once you’ve exhausted all the available options the only thing left would be to reinstall Windows. Depending on your level of confidence you may be able to do this yourself after following Microsoft’s instructions on their Windows 10 download page.

So there you have it. I’ve described a few of the most common types of startup issues on Windows computers, together with potential resolutions for these issues. In some cases, depending on your level of technical expertise, you may be able to resolve the issue yourself. For the others, you would require the services of a computer repair technician.

This article was written by Norm McLaughlin, founder of Norm’s Computer Services, a local computer repair business in Brisbane Australia.