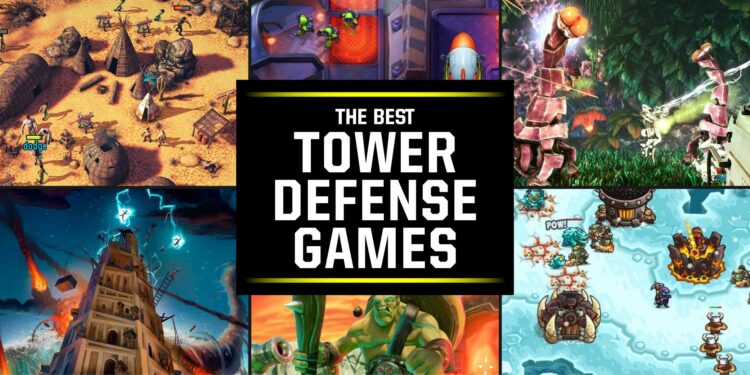 Best Free Tower Defense Games for Android with the primary purpose of protecting the objective. Get the best Defence game Android right now and start playing.

Tower Defense games were the earliest and most popular mobile strategy games. These games used to dominate the market since they are simple to manage and suited for usage on mobile devices. However, their popularity progressively dwindled over time. This deterioration even resulted in the abolition of several such games from the market.

However, the popularity of tower defense games has not died totally. As a result, multiple businesses continue to release these games each year. And the rivalry is so fierce that we find it tough to choose among the best. So we decided to have a look at some of the greatest tower defense games on Android.

We’ve listed both free and paid versions of these games below for you to check out. Because there are so many of these games available on the internet, it is difficult to choose the best one. We have listed the top 15 Tower Defense Games for Android based on visuals, playability, storyline, and efficiency.

Here are the Best Free Tower Defense Games for Android to help you achieve your goal.

Plants vs. Zombies is a multi-award-winning casual tower defense game that appeals to players of all ages.
Because it boasts interesting gameplay and fascinating features. The game is a conventional tower defense game with the objective of Planting Plants with unique powers for each plant in the garden and killing zombies approaching your house. If the Zombies break into the residence, they will “consume your brain.” With each task, you will receive Plants with varying abilities capable of killing various Zombies.

If you’re seeking for a free tower defense game, this is the place to be. However, while it does not have the appearance of a typical classic tower defense game, the mechanism is identical. All you have to do is survive enemy forces by planting various plants that act as weapons. Additionally, new equipment are provided on a regular basis, guaranteeing that players do not get tired of utilizing the same weapons again and over.

The game, created by EA and PopCap, received a resoundingly positive response from gamers due to its user-friendly interface. Plants vs. Zombies was highly reviewed by critics, receiving an overall score of 88/100 from Metacritic and 89.5 percent from GameRankings. The game operates without WiFi or Internet, and the game progress is saved offline, so there is no need to be concerned about connectivity. 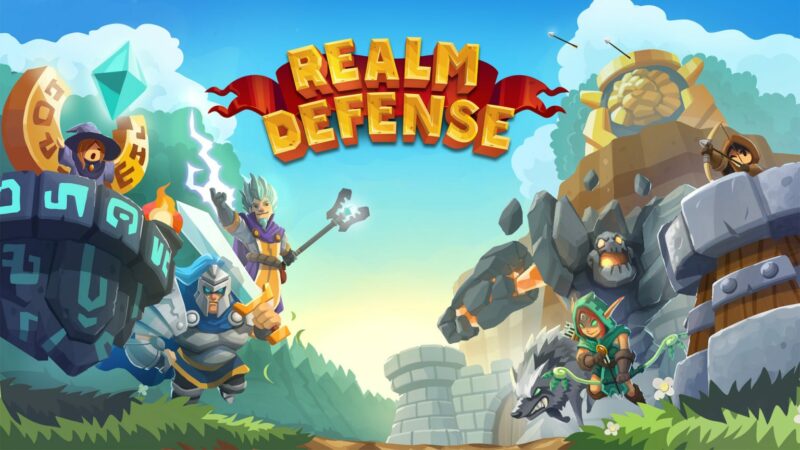 Defend the kingdom and ascend to the throne of the realm’s heroes.To protect the kingdom from the enemy forces, use heroes, towers, and your plan. You take on the roles of many hero characters such as Smoulder the ferocious dragon, Bolton the Wizard, Helios the Phoenix, a mysterious sorceress, and more.

Alien Creeps pit you against aliens. That doesn’t seem cool, does it? These aliens are extremely intelligent and skilled fighters! Players must defend their towers and save the day using superior weaponry and methods.
Players must prepare their armies for battle and enhance their weapons. And the conflicts, which take place in breathtaking settings, make the fight worthwhile!

The game features 50 interesting levels, three game modes, a variety of terrains, and 58 additional two-minute challenges. The 2-minute tasks are incredibly entertaining and should not be overlooked. As the game advances, players might gain access to new towers. They can also summon teammates to join them in annihilating adversaries. The unique fast-forward feature is the icing on the cake. The game is free to download and play, but there are in-app purchases available.

Another intriguing one is Last Shelter Survival, which is set in a zombie-infested world. To survive the zombies in this game, you must devise the best possible plans and enhance your protection systems. Construct new structures and grow your empire to assist more people. As you continue, you must construct buildings and roads within the city’s enclosed territory.

Water sources, oil deposits, iron deposits, logging sites, and rich soil areas should also be provided for your shelter to function and reside. Collecting resources to upgrade will supply you with wood, metal, and other raw materials. Furthermore, you can form groups with gamers from all over the world and fight fights together. 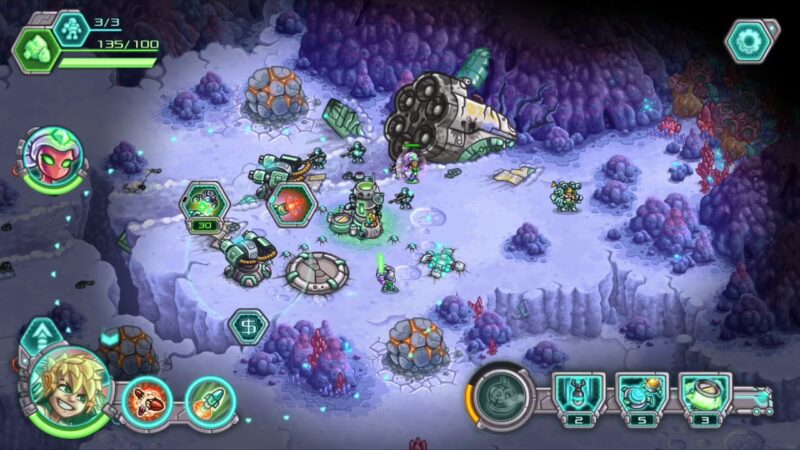 Iron Marines is one of Ironhide Studios’ most recent titles. It includes 14 different missions, ten unique missions, and one extra impossible mode. You can select from a variety of hero avatars that become available when you complete the relevant objectives. This game is a fantastic value for money at a modest price of $4.99.

Grow Castle is an outstanding tower defense game. Players must use their abilities to protect a genuine tower.
For heroes, you have a choice of 120 different characters. Surprisingly, each character has their own set of abilities. Furthermore, it has a ranking system that pushes you to keep playing and gradually strive for greater outcomes. Clear to the next level, wave, and check your ranks.

We appear to have some back-to-back fantastic free options for you. Defense Zone is a popular tower defense game series, with Defense Zone 3 being the most recent installment. It has a lot to say, containing features from the previous two versions as well as some new ones. The best part about it, though, is that it supports 20 languages. As a result, you will have no trouble understanding the language. It also has a variety of game difficulty modes and a lot more, making it one of the greatest.

Empire Warriors is a fantastic tower defense and strategy game in which players must defend their kingdom against sinister powers. This fantasy game contains a plethora of mystical characters such as dwarves, elves, orcs, monsters, trolls, and many more. In this game, players must constantly improve their skills, upgrade their weapons, and prepare for battle. In this game, the Kingdom of Loria is in peril, and only sheer talent and dedication can preserve it.

Empire Warriors’ terrains include Woodland Forest, Slate Mountain, Greywater Swamp, and Khazard Valley, which provide for exciting confrontations. It contains four tower types: Archers, Mage, Militias, and Guardian, each with five upgradeable possibilities. Secret towers are also a phenomenon! It also contains 20 skills, 30 different sorts of foes, 11 heroes, ten different runes, and over a hundred accomplishment stats. This free game is as fascinating as it sounds. If you enjoy tower defense games, you should definitely give this one a shot!

Radiant Defense, as the name suggests, is a gorgeous tower defense game with some bright graphics.
However, the gameplay is relatively brief, requiring you to design your own paths and route them alongside the tower. As a result, you may need to devote a little more effort to developing superior tactics. Build your own path for incoming waves of foes in this Tower Defense game set in the Radiant Universe. Across 15 missions, there are almost 400 waves of aliens. Radiant Defense is a free app with in-app purchases.

With Fort Conquer’s free app, you may immerse yourself in the realm of imagination. This game is more exciting than the others since it allows characters to get more powerful abilities. Fort Conquer is a typical tower defense game in which you must fight through crowds of adversaries to save your base.

As you progress through the game, the difficulty level rises even higher. Evolution of the same species. Mightier power and amazing new animals are now at your disposal. There are numerous species available for evolution. Create new creatures using your imagination.

Swamp Attack is a game that is very similar to Plants vs. Zombies. In this game, you must engage in gun fights with foes who appear in waves on the right side of your screen. To fight them back, you can utilize a variety of weapons and effective techniques. However, it may become a little tedious by the end, but the initial experience is fantastic.

Furthermore, it is free to get from the Google Play Store. The game received great feedback from both users and critics, with many applauding its basic yet addicting nature. Swamp Attack is one of the best offline games that you should definitely try out on your Android or iPhone.

Finally, another free tower defense game for Android rounds off this list. Infinitode is a simple and one-of-a-kind tower defense gaming app in which you must build towers. It allows you to build 1000 towers at once. Furthermore, it receives worldwide updates that reflect changes at every level and scenario. The levels appear to be infinite as you get deeper. The nicest aspect of Infinitode is that you can unlock anything in the free edition.

This game gained a lot of popularity among its followers with the release of the prequel. And now it’s back with Myth Defense 2, with even more improved features worthy of your attention. Smartpix Games created this tower defense strategy game. Furthermore, the game has gotten positive feedback, with a rating of 4.2 in the Google Play Store.

Along with this, significant improvements in gameplay and strategies may be witnessed. As the controller, you battle on the evil side, attempting to strike a balance between light and darkness. Keep your soldiers together and protect them from the armies of the Light Forces. You can construct a variety of towers using Goblin, Orc, and other technologies.

Blooms TD 6 is the latest installment in the Blooms series, a popular tower defense franchise. The most recent version, released in 2018, provides a slew of additional features such as new gaming modes, offline support, upgrading routes, and so on. TD 6 has monkey towers and pop balloons, just like previous iterations.

Defenders 2 is without a doubt one of the most addictive Tower Defense games on Android. It’s essentially a combination of tower defense and card collection, which adds to its allure. The first time you play it, you’ll have a great time because it has good graphics and intriguing gameplay.

They have the ability to halt, freeze, or put your opponents on fire. Or even call swarms of bees to torment the unfortunate creeps mercilessly. However, the end may irritate you because it concurrently asks you to purchase the premium version. Along with PVP, there are 40 towers, 29 bosses, and 20 spells.

This takes us to the conclusion of this post on the top tower defense games. If you enjoy playing strategy games, we hope you found this post useful. After all, these things never get old, so we can absolutely spend part of our valuable time devising tactics while also strengthening our wits. Also, let us know which one piqued your curiosity the most, and please share your gaming experience.

Best Language Learning Apps for Kids in Android and iOS

How to Download Windows 10 ISO File (with Media Creation Tool)

How to Install A VPN On Your Router Installation Guide