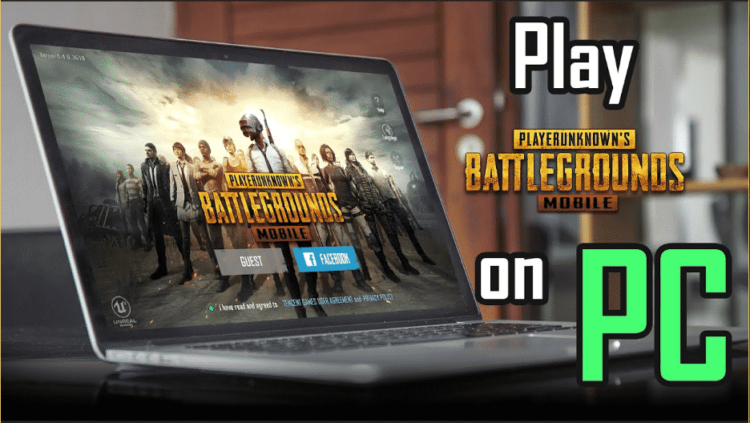 Here are the best pubg emulator for playing pubg on Windows 10, 8, 7, and Mac computer PCs and enjoying the game on a larger screen.

The most popular Multiplayer Online Battle Arena (MOBA) game is PUBG is an abbreviation for PlayerUnknown’s Battlegrounds, which signifies that unknown players compete in a battle royale style. The players can fight as individuals or in small groups, with the winner being the last one standing. The game’s success spawned the creation of numerous more battle royale games, the most well-known of which is Fortnite. The game is available for free download from the Google Play Store for Android.

Tencent, the game’s publisher, delivers updates with enhancements and new features on a regular basis. pubg emulator is currently available for Xbox One, Android, iOS, and Windows, with PlayStation 4 support coming soon. Tencent has launched a light version of the game for mid-range devices. According to the most recent media sources, over 20 million players connect to the game every day, making PUBG the most popular and successful online multiplayer game ever created.

If you want to play the game on your Windows or Mac PC, today’s post will provide you detailed instructions on how to play the popular battle royale on your computer or laptop through pubg emulator

There is no native app for Windows, however, Tencent has created a Windows emulator. And, in order to play the game on a Mac, you must use a workaround. I’ll go through all of the crucial details below.

Here are the Best pubg emulator for Windows and Mac to Play PUBG Mobile on PC.

Tencent’s Gaming Buddy for Windows, developed by the same company that created PUBG, is a game-specific PUBG emulator GameLoop. The Gaming Buddy can handle PUBG mobile and is well-tuned to operate even on low-end Windows PCs. While there is a PC version of PUBG, it is paid, so an emulator is a great way to play the game for free.

In addition, if you are using the PUBG emulator GameLoop, you will only be partnered with other players who are also using the emulator in order to avoid matchmaking complications. If you want to play PUBG on a big screen without any problems, I strongly advise you to use Tencent’s Gaming Buddy Emulator and join 400 million other players from around the world.

How Do You Install and Use Gaming Buddy?

The best Android pubg emulator download (2021) for Windows and Mac is Nox Player. The pubg emulatorr was created with the sole purpose of playing games in mind. Nox6 supports the keypad, gamepad, and scripting, and can handle high FPS games without causing any lag.

Though it may take some time to get used to the controls, Nox Player will prove to be the greatest spot to play PUBG on Windows or Mac once you get the hang of it. You can tweak the controls in the settings and even optimize the quality if you believe the graphics are above your PC’s capabilities.

How Do I Install and Run Nox Player?

The most popular Android pubg emulator download (2021) for Windows and Mac is Bluestacks. It is one of the most balanced emulators, with the correct combination of power, graphics, and processing, making it the best Android Emulator for PC. Playing PUBG on Bluestacks will go smoothly because the emulator is capable of handling high-graphics games.

Though it is ideal if your PC has strong hardware and is capable of handling graphics. Nonetheless, Bluestacks Emulator is the best and most trusted Android Client for Windows and Mac to play Android Apps and games.

How to Setup and Use Bluestacks

Remix OS Player has been specifically designed for gaming. You can, for example, assign keyboard buttons and control the game to your liking. The creators may have considered making the software more game-oriented.
It should be noted that the emulator does not support AMD chipsets and that Virtualisation Technology must be enabled in your BIOS. The app’s UI is incredibly clean and inviting to consumers.

The pubg emulator provides a plethora of customization choices for gaming preferences, allowing users to get the most out of the Remix OS. The Game Toolkit provides everything you need to enjoy your favorite Android games on a PC. The only Android emulator that allows you to play numerous games at the same time is Remix OS Player. It is based on Android Marshmallow, as opposed to others, which are still based on Lollipop.

How Do You Use Remix OS?

MEmu is another well-known Android pubg emulator download (2021) for Windows. It is capable of running high-end games on PC as long as it meets the minimal system requirements for the MEmu Players to function properly. The emulator has useful features that make PC gaming easier.

MEmu provides for extensive keyboard mapping customisation, making it ideal for PUBG Mobile gaming control.
The emulator enables virtualization on your PC and provides excellent performance for both integrated and dedicated graphics. For games like PUBG, it requires Windows 7 or higher, as well as a dual-core processor and a competent graphics card.

How Does MEmu Player Work?

LDPlayer is a Windows emulator for playing mobile games. Play keyboard and mouse games. The simulator allows you to Seckill your opponents in an easy and convenient manner. LD has strong compatibility with a wide range of games, with smooth control, stability, and efficiency. You can run numerous games at the same time without having to kill any processes.

LDPlayer’s features have been optimized for mid-spec devices.

PrimeOS is not an pubg emulator in and of itself, but rather an operating system that boots after creating a partition in the computer’s storage. When you boot your PC, Windows OS, and PrimeOS, you will see dual-boot options. Prime OS’s UI is incredibly clean and clutter-free, with the sense of a desktop and the power of Android. Because it is an operating system, it integrates very well with the system hardware, providing it an advantage over the emulation system, which must be responsive according to the system.

There are dedicated gaming features such as the Decapro key mapping tool, configurable control settings, a dedicated gaming center to manage your games, CPU & GPU support tools, and more. Because of its close relationship with the hardware, the OS is capable of running any heavy games like PUBG Mobile smoothly.
Additionally, Opengapps are included; there is no need to explicitly install them. As a result, you can access all of Google Apps as well as its services on the desktop.

Finally, you may play PUBG Mobile on Windows and Mac using the pubg mobile for pc listed above. The pubg emulators perform very well, but for a clutter-free gaming experience, it is best to play the game on a computer that has the most up-to-date hardware and software installed. Tencent Gaming Buddy, which is designed specifically for playing PUBG on low-end PCs, is a highly recommended pubg emulator

What is IP Pro And How To Download This App On A Computer?

How to Fix Disney Plus Error Code 39: Complete Guide!

How to Enable Free VPN on Opera Browser for Android